These were the people of the province who came up out of the captivity of those exiles whom Nebuchadnezzar the king of Babylon had carried captive to Babylonia. They returned to Jerusalem and Judah. (Ezra 2:1)

42,360 came home to no houses, no walls, no gates, no altar, no temple. How easy would it have been to surrender to despair? How tempting to fixate on “the good old days” to the point of accomplishing nothing in the present?

Now in the second year after their coming to the house of God at Jerusalem, in the second month, Zerubbabel the son of Shealtiel and Jeshua the son of Jozadak made a beginning, together with the rest of their kinsmen, the priests and the Levites and all who had come to Jerusalem from the captivity.

You don’t have to wait until January 1, 2020 to make a beginning. Is there something in your life that needs attention? Some relationship that needs healing? What about your walk with Jesus? Your family? Your habits? Is there something of real (maybe even eternal) significance that’s being neglected? Some sin that needs to be crucified and left behind?

Yesterday is gone and tomorrow isn’t guaranteed, but the steadfast love and mercies of the LORD are new this morning (Lam 3:22-23). Maybe today is a good day to make a beginning. 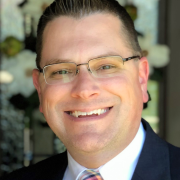